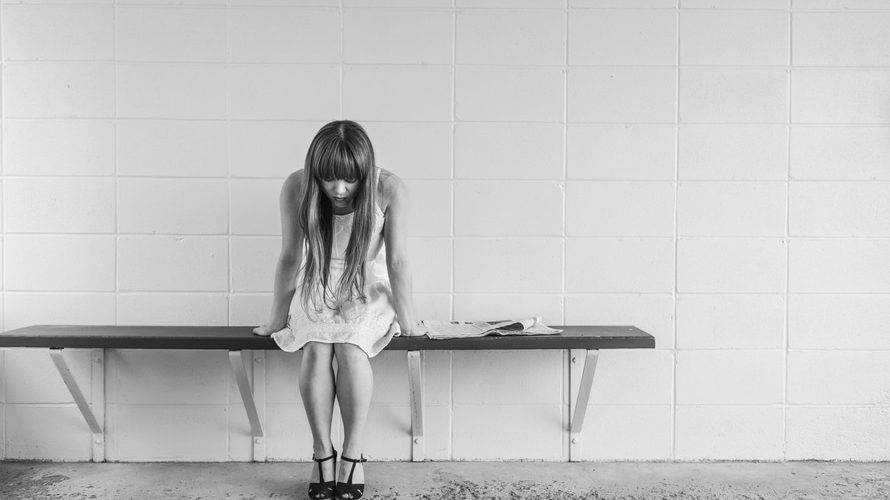 There are many types of people. Some are pretty confident and need no support from anyone else. Others are creative souls, who get distracted easily and whose minds always wander around.

There are also the business-oriented people, the lifelong learners, the optimists, the pragmatic thinkers, and so on.

Your approach to each of these people should be different. Some require more attention, others accept rejection with ease. Some might not understand your words if you don’t speak directly, while others react only when you’re being assertive.

When in love with such a person, being related to him in some way, having formed a friendship from an early age, or just wanting to get along with him, you should always keep in mind his personality and way of thinking, and choose your words and body language carefully.

But one type of people deserves special attention. That’s the highly sensitive individuals.

They might be beautiful on the outside, inside, or both, but they do take most of the things in life personally, express their feelings differently, are intimidated by new people due to situations from the past, and might often seem distant, upset, or depressed.

To get along with such people, you’ll need to put in a bit more effort. Here are some ways to do that:

Such people have a lot going on in their heads, so every time you turn to them and have a conversation, remember that.

2. Give them enough space.

Sensitive people need more time for themselves than any other type of people.

They thrive in silence and peace. And they can’t feel at ease in public. So show understanding whenever they want to be alone. Even if they can’t say it directly, assume that they do need some more ‘me’ time today and simply leave them alone for a while.

When you see them again, they’ll feel refreshed.

3. Expect them to be emotional.

Don’t react when they suddenly get too emotional. They can’t keep too many feelings inside without bursting out.

You can even say that they think with their emotions. It’s important not be harsh on them if they start crying even if the situation doesn’t look sad in any way. When they are happy though, they’ll express is so loudly that you yourself will start smiling too.

4. Give them time to take a decision.

Making a choice requires logical thinking. So for highly sensitive people it means leaving the ocean of emotions inside of them behind for a while. They’ll need a bit more time to do that. But they’ll get there.

Add to that the fact that they do care about the details, and will want to imagine every possible outcome of a situation in their head. That takes time too.

Decision making is a serious process to them. And they want to do it right.

Don’t push them to make a decision fast, because it’s a surefire way for them not only to make the wrong choice, but to feel pretty bad about it afterwards.

They can’t really handle criticism. It’s not that much of a weakness, as the average person doesn’t want to be criticized either, but learns to live with it anyways.

But with highly sensitive people the result is worse. You need to be much more open-minded and patient than usual. They won’t just hear your opinion and forget it a while after that. They’ll overthink your words, will try to find the deeper meaning, and to even make changes in their life as a result of that.

When it comes to feedback though, such people are pretty successful with taking into consideration bad feedback and improving to fix what’s not right. That’s why they work well in a team too.

Their ability to notice each detail, to prefer others to make a decision but to add their point of view, which is almost always quite practical (if given enough time to think it through), and the unusually big amount of mental energy they possess – all this makes them valuable team members.

6. A highly sensitive person will always feel you.

When you share what’s on your mind with someone a bit more sensitive, you won’t get the usual reaction, or even lack of any answer or proper advice. Instead, you’ll see how true sympathy looks like.

Sensitive people are called so for a reason. And they can help you feel relieved when you talk to them, after going through something bad in life.

Know that they won’t be fake. You’ll see understanding in their eyes. In fact, they will literally start feeling the same emotions as you do, and will thus share your pain and help you alleviate it.

What’s more, they are fantastic listeners. Most people these days only talk, without listening. But highly sensitive individuals listen with every cell of their body, they analyze your words and even find the hidden meaning behind them.

If you make friends with a sensitive person, you’ll see that some deeper conversations with him feel like a therapy. They might even help you deal with big life problems.

They are quite intuitive. Such a trait is pretty useful in many situations.

So whenever you’re in doubt, ask them what they think. Give them all the facts and let them sleep on it. Be sure that when they come back, you’re receive some pretty good advice.

No one likes labels. Even if you don’t say it directly to their face, but are making hints, or are even just thinking it, they’ll know that, and will feel upset.

Don’t treat them as different in a negative way. They are truly special. If you find the right way to communicate with them, you’ll help them be their best, and you too will have fun with them and learn a lot along the way.

9. Respect their spiritual and mental well-being.

Such people have a deeper connection with themselves. When spending time alone, they’re reconnecting with their inner selves, finding peace and contentment, and coming to important realizations.

We should all be doing that, actually. But most people make too many excuses, keep themselves busy, don’t believe in the importance of spirituality, and don’t treat themselves with respect.

But a sensitive person is different. He knows his mind and soul well, and if you don’t do anything to upset him, you’ll feel this balance even when being around him.

Don’t be surprised if they love yoga or tai chi, meditate a lot, write or have other creative and quiet hobbies, form a connection with animals that you can’t understand, or else.

You can use this as inspiration to invest more into your spiritual health too.

Ask the sensitive person in your surroundings for some tips for beginners, or simply do what he’s doing. Soon, you’ll be more grateful and content than ever before.

When it comes to a personal change, sensitive people might need more time to deal with it. They first go through it in their heads, after which comes taking action in reality.

Don’t be in a rush when you’re around them. They don’t live a hectic lifestyle. Slow living suits them better.

They are noticing the world around them, analyzing it, enjoying it quietly, and appreciating what they do have. Such an attitude towards life is great. And as long as such people aren’t surrounded by others who show disrespect or make them feel bad about themselves, they can become the best they can be and make others around them happier too.

What other tips on getting along with highly sensitive people do you have?