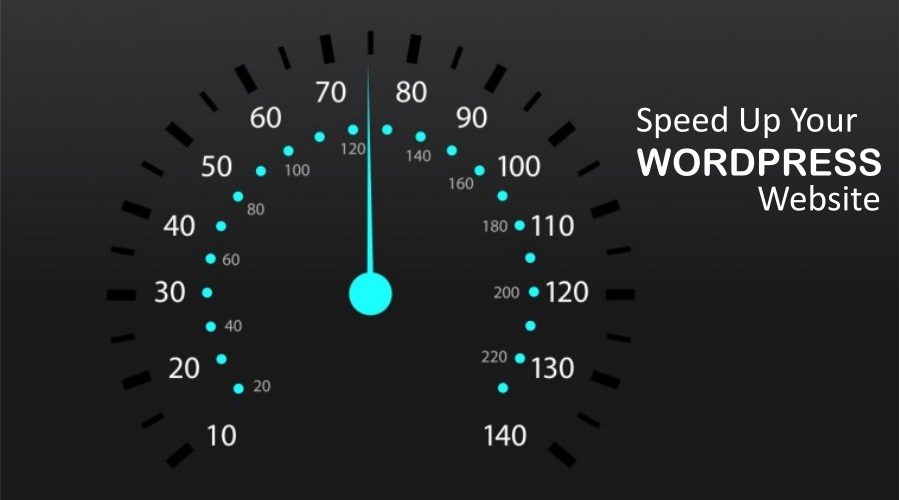 WordPress itself is a well-coded platform that many times gets messed up by installing tons of low-quality plugins, awful web host and several other heaps of garbage. Even if the site excludes all these pitfalls and carries fresh, rich based content to keep the user engaged for few hours. Still, it is pointless of having such content if the visitors are ending up on a sluggish site.

According to the latest surveys, 40% of the people surfing the web tend to leave the site if it takes more than 3 seconds to load. Thus, having a website that’s fast is no longer an option; it has become a necessity. The following post digs into a few easy ways for the WordPress developers to speed up the website.

Putting Google aside for a while let’s focus on the visitors. Now when a person lands on the site for the very first time, the site probably has few seconds, i.e. 3secs to capture their attention or to convince them to hang around.

According to the Microsoft Bing search team, “A 2-second longer delay in page responsiveness can reduce user satisfaction by 3.8%, increase lost revenue per user by 4.3% and reduced clicks by 4.3%.”

Not only this, even Google now considers site speed in its ranking algorithm. Which simply means that the site’s speed definitely affects SEO up to a great extent.

How to fix that?

Below-mentioned recommendations are made to speed up WordPress and get the site load times down ensuring best user experience for its current and potential visitors.

A WordPress developer can only think of optimizing the WordPress site only after they get to know that it’s not a good web host. Hence, before choosing any web host, it is always advisable to visit some community like WebHostingTalk or go through some genuine reviews of the host you are planning to go with. Do some kind of actual research, this will save most of your hassles in the long run.

Step 2- Start with a solid framework/theme

Start with a fast and well-coded WordPress theme or framework. Most of the WordPress development companies believe that choosing a theme packed with lots and lots of unnecessary features will eventually give a negative impact on the overall site performance. Besides, never choose a theme that allows you to change everything starting from theme options, making the job easy, etc. on the contrary, such themes makes the job harder for your web server and browser.

Installing a caching plugin is another most effective way to improve the site’s load times. When a caching plugin is active on the site, its servers users cached copies of your pages. This greatly reduces MySQL database access, no. of PHP requests, server access for static resources, HTTP requests and so more.

W3 Total Cache is one of my most favorite WordPress plugin that offers a wide range of features such as:-

Step 4- Try a CDN to speed up WordPress

Offloading resources of the site such as images, scripts, CSS files can definitely speed up the WordPress site. Besides, if the web developer makes use of CDN, the primary server will have less load to handle and will result by delivering significantly better performance while serving the rest of the site.

Other than this, there are few other tweaks worth considering such as add the code “.htaccess file.” To the beginning of .htaccess file in order to enable server-level Gzip compression.

Like I said before, there are tons and tons of well-coded plugins available for a WordPress development project. Don’t hesitate in installing them and make sure that you are choosing well optimized and the latest version 3-star rated plugin that is not slow and troublesome for the site.

3 Plugins To Speed Up A WordPress Site

WordPress is such a platform that stores every post, page, and comment including post revisions, trash data, and information from various plugins by default. Although this is not a huge speed booster but can easily make substantial speed improvements by optimizing the database. Wp Optimize is great for beginner and intermediate WordPress developers as the plugin does not require any developer to go to PHPmyAdmin or do any hardcore technical stuff. Everything can be done from the WordPress dashboard.

The plugin de-clutters the database by removing stale post revisions, spam comments, trashed items and removal of several other transient options. Moreover, it can also reveal the current database size and give a clear idea of how much space can be saved for better results.

Having social media buttons on the site increases chances of getting the blog post shared by 50% or more. Though, this does not work well with e-Commerce websites. Unlike other plugins, Digg Digg available with loading option does not load too many scripts. Which means that the site visitors will be shown a fake button until and unless a visitor hovers over the buttons for sharing. Besides, the buttons can be even added either on the top or the bottom of the page.

A lot of things can be done when it comes to improving the site speed. However, installing a caching plugin will have a bigger impact on the entire site. W3 Total Cache is the most popular caching plugins available for WordPress and there is a wide scope for a WordPress development company to increase the site performance by 10 times or more.

A caching plugin stores the images, CSS, and JavaScript files of a WordPress website on the server so that it doesn’t have to load the website from scratch each and every time it receives a visitor. The plugin saves a lot of resources and works with any type of website.

So that’s all for now! Keep watching the space to know more regarding WordPress development.